Are churches ready for the work of placemaking?

Many aren’t, lessons we’ve come to sometimes learn the hard way…
Because the work of placemaking isn’t as simple as bringing outdated space into the 21st century. As we’ve said before, we aren’t church flippers (though we do think it’d make a sweet television show)—so much more is required of us.

As we work alongside churches, we center this visual throughout the exploratory stage, believing the best of projects—the ones that are the most sustainable and drive the most community impact—lies right in the middle: 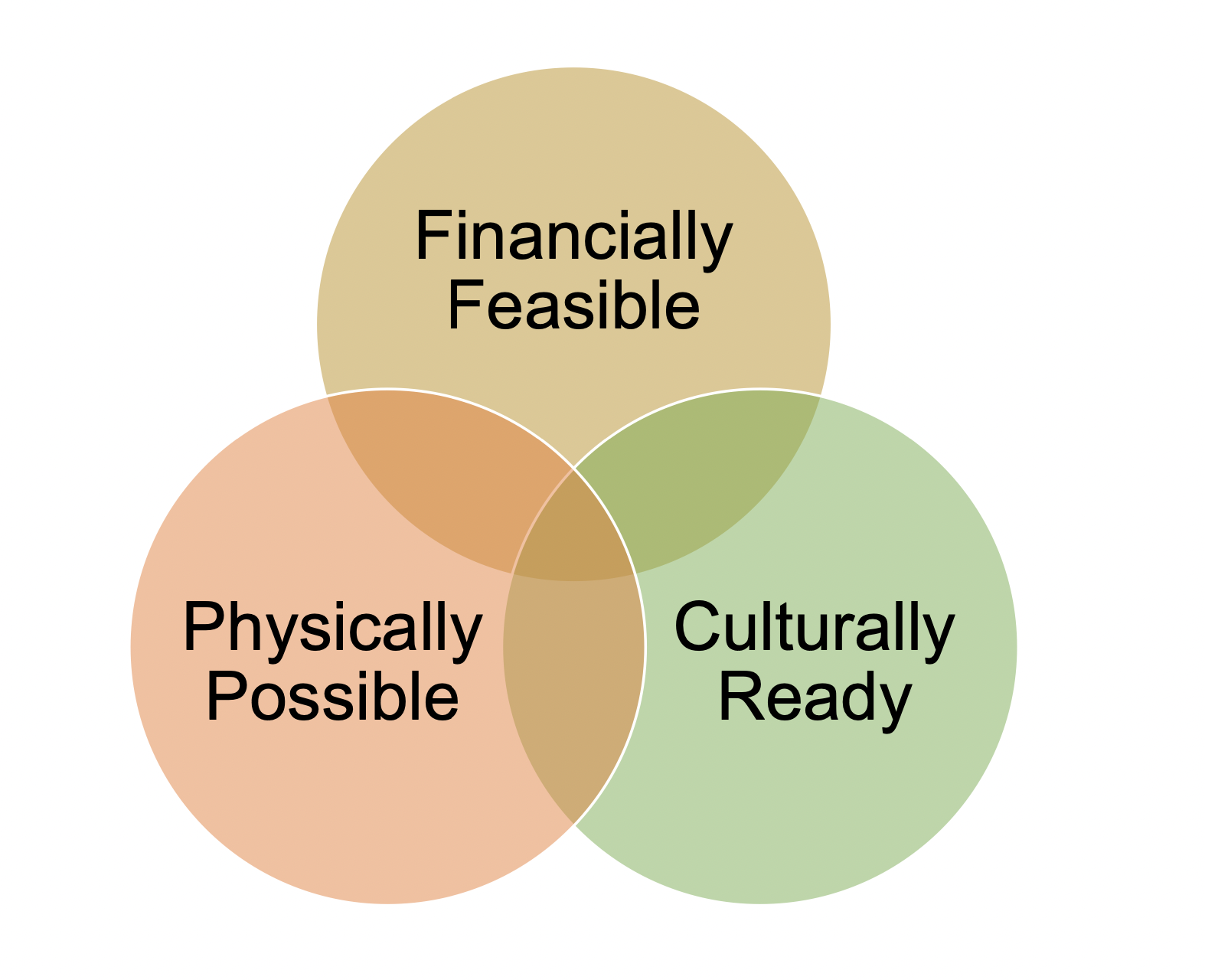 PHYSICALLY POSSIBLE: Spaces are bound by many factors. What is the property zoned for? What’s the square footage? Does the church possess land or parking lots beyond the building itself? Does the building already have a kitchen? A gym? What is the general condition of building? (The boiler?!?) So much of the vision of what can be is rooted in what already is, and a good assessment of a church’s physical asset is crucial in the formation of placemaking.

FINANCIALLY FEASIBLE: Projects cost money, and while most churches want the dignified space that isn’t stuck in 1951 or 1984, not every church can afford it. Sure, we will work with churches to explore various funding models, but an honest and realistic feasibility study is required to determine both the project’s cost and the church’s capacity to fund it.

CULTURALLY READY: We hope we’ve been clear about this: placemaking is as much about physical space transformation as it is about our posture and the way in which we live into space. Some of the most dangerous projects are the ones with churches who have unbelievable space and the resources to do whatever they want with their space but whose posture isn’t welcoming, whose culture isn’t healthy and whose outreach is lopsided internally and not externally toward their neighbors.

We are committed to ensuring placemaking projects are good for both the church and the neighborhood it resides within. Finding the center of these three broad frameworks helps us identify the ones with the most promise and potential!